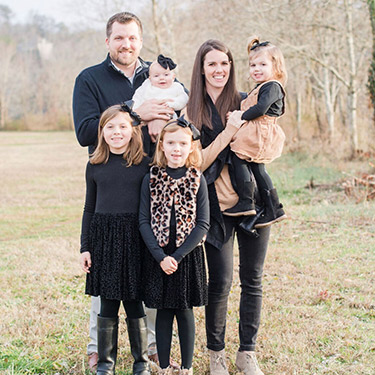 Keeping Patients of All Ages Active

My mission is to help restore people back to how they’re meant to function.

Dr. Cline enjoys working with all age groups, from young children to older seniors. Whether he’s helping a child with a sports-related injury or a senior who would like to have increased mobility, he wants to help his patients live the life they want!

Before deciding on becoming a chiropractor, Dr. Cline considered being a medical doctor or physical therapist. He shadowed a surgeon but realized that he wasn’t interested in working with people who were under anesthesia. Dr. Cline wanted to be able to get to know his patients and form relationships with them.

When you meet with Dr. Cline, you’ll quickly find out that he takes the time to listen to your concerns. You’ll never be a number here but instead, the valuable individual that you are. He will create a care plan specifically designed to meet your health needs and goals.

Getting to the Root

Over his years in practice, Dr. Cline has come to the understanding that true health comes from removing interference in our life. “My goal is to find the root of the problem, fix it and allow the body to heal and function better from the inside out.”

Outside the practice, Dr. Cline loves to spend time with his wife Jamie and their four daughters: Addison, McKinley, Ainsley and Emery. The family enjoys going to the park and spending time together. He also likes to play golf, go to the beach, shoot hoops with his girls, hunt, fish and travel. Faith is also important to Dr. Cline. He and his family attend Glen Springs Church of Christ.

Contact us today to schedule an appointment with Dr. Cline!